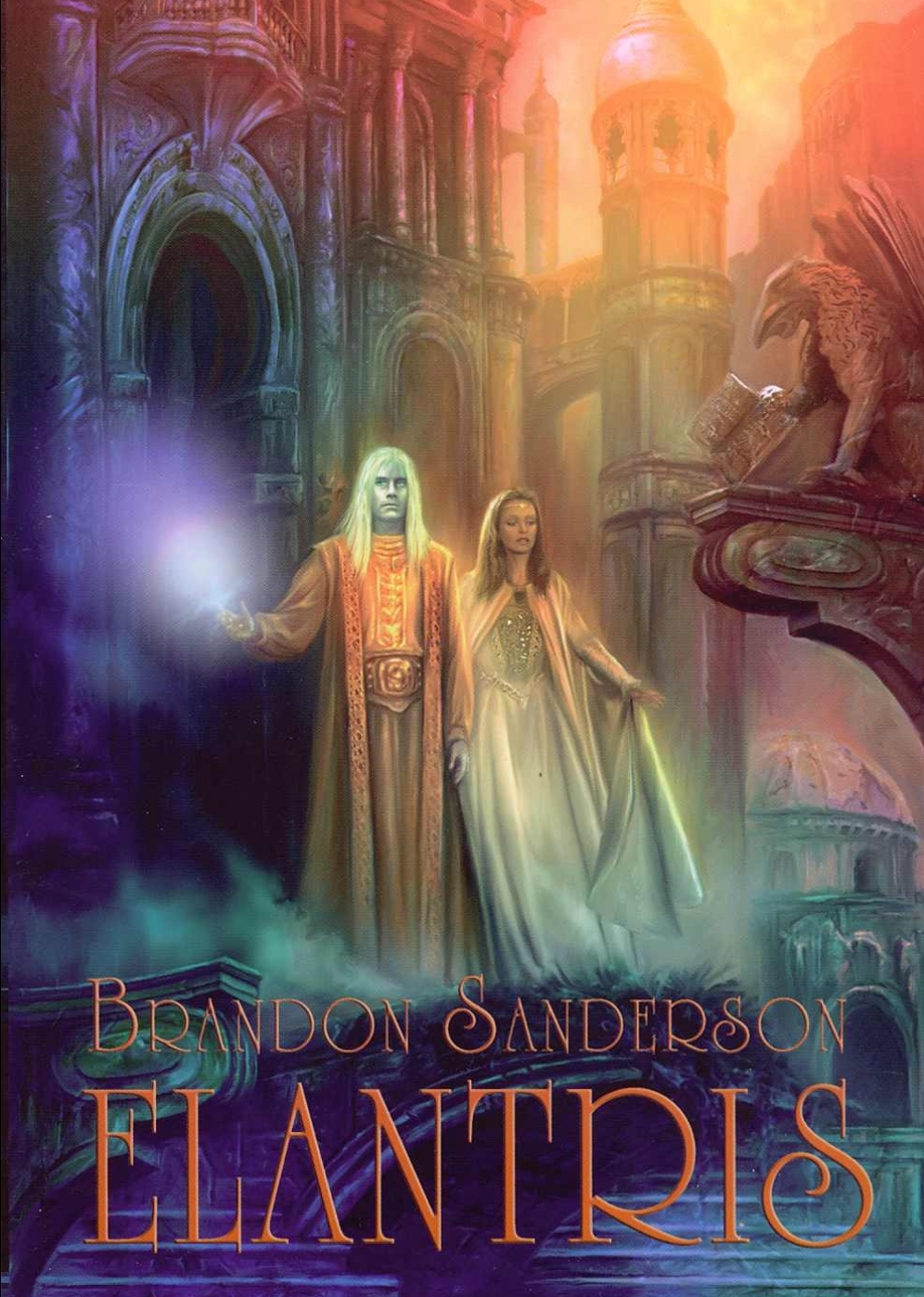 This early work by Brandon Sanderson is incredible on so many levels, however, I found that the way this book touches on the struggles of depression in its abstract and yet unrelenting manner are simply Breathtaking.

As soon I started reading, I was introduced to the character of Raoden. Raoden is a prince not only in name, but also in his positive and caring outlook. Right at the beginning the reader realizes that something is wrong. Raoden, a handsome young prince, has been taken by the Shaod. The Shaod has the appearance of a disease; black spots on the skin, hair loss, and a wrinkled, lackluster graying of the normally pigmented skin. These signs mark one as being a member of Elantris, and Raoden is soon taken and placed within the disintegrating city. Raoden becomes a true Elantrian.

All of this happens in the very first few pages and I will try to keep this review as spoiler free as possible.

The reason I find this book to speak so eloquently of the struggles of depression is tied directly to the literal struggles of the Elantrian’s themselves. They seem to be captured in a state of stasis, a state in which their bodies are dead but they can still feel the pain of hunger and the worse pain of every scrape and bruise accumulated after becoming an Elantrian. This is not the way the once beautiful city and people of Elantris always were, however. They were once a silver skinned and shining, white haired people that were more like Gods and their city was a radiant, vast place full of sculptures, art, libraries and architectural magnificence. However this all changed 10 years before the start of this book when Raoden is taken by the Shaod and placed in the now decrepit city of Elantris.

The pain the Elantrian’s struggle through is so akin to the pain of depression. It is described as a constant physical pain that threatens to overwhelm the victim. Once the victim is overwhelmed they are then lost in the almost comatose state of The Hoed. However Prince Raoden, while in Elantris, tries his hardest to not only keep his positivity but to create a life that is more comfortable for those Elantrian’s that had seemed to have lost a sense of their humanity.

“No, my lord, I dont think it does. Those people gave in to their pain because they couldn’t find purpose – their torture was meaningless, and when you cant find reason in life, you tend to give up on it. This wound will hurt, but each stab of pain will remind me that I earned it with honor. That is not such a bad thing, I think.”

This quote is one of my favorites and I think it is obvious as to why. As a person that struggles with Bipolar 1 disorder, I deal with depression frequently. I have learned over many years that one of the best ways to combat depression is with finding a way to live with purpose. There is so much to be said for having future plans to look forward to and goals yet to be accomplished. Depression is one of the most difficult and misunderstood subjects to live with and yet Brandon Sanderson seems to so easily sum up this constant and unnerving pain so easily and in such a comprehensible manner.

I highly, very highly, suggest this incredible novel to anyone that enjoys reading about a contemporary and abstract yet beautifully poignant view on real world problems that so many of us struggle with. It is an eye-opening outlook on the issues of depression that are so commonly glazed over and misunderstood.